Spreading out before your eyes are three riding arenas, including our functional covered arena. The USC Polo Club and Team practices 3-4 nights per week under the lights, during the school year. Every effort is made by the responsive on-premises staff to maintain our manicured landscaping, and keep the riding areas attractive for rider and horse alike.

There are horse boarding stables for up to 250 head, with ample turnout areas, a bullring, and hotwalker.  Boarding fees include twice a day feeding, area cleanup, and bedding for barn stalls.  The ranch property spans over 70 acres, and connects with hundreds of miles of marvelous trails for pleasure riding and conditioning.  Over the ridge and across Santa Maria Road lies Topanga State Park which stretches over 18,000 acres of wilderness to Pacific Palisades and Will Rogers State Historic Park.

In addition to boarding, services available include horseback riding lessons (for beginning equitation and polo) as taught by our professional staff, along with thoroughbred and saddlebred breeding programs.  We have permanent, championship stallions with exceptional blood lines available.  Our championship saddlebreds have won numerous blue ribbons and are well known on the competition circuit.  We also have saddlebred and polo prospects for sale.  For further information regarding scheduling, membership costs, and programs, please call (818) 347-5049 or email at info@fairhillsfarms.com

Known as the “Game of Kings,” polo is one of the oldest team sports in history.  The objective is to score goals against an opposing team. Players score by driving a small hard white ball into the opposing team's goal using a long-handled wooden mallet. The modern sport of polo is played on a grass field of 300 by 160 yards (270 by 150 m). Each polo team consists of four riders and their polo ponies.  For more information about the game of Polo, please refer to www.polocollege.com or www.uspolo.org, or www.willrogerspolo.org.

Fair Hills Farms has Arena Polo.  Arena polo is a fast-paced version of polo played outdoors on an enclosed all-weather surface, or in an indoor arena.

Unlike outdoor polo, which is played on a 10-acre field, arena polo is played on 300 feet by 150 feet field, enclosed by walls of four or more feet in height. The normal game consists of four chukkas, or periods, of seven and one-half minutes and where each polo team consists of 3 players.  A polo ball is similar to a mini soccer ball, larger than the hard plastic ball used outdoors. The arena game is played on a dirt surface with the ball bouncing on the uneven surface and off the arena wall, and can be played year-round. 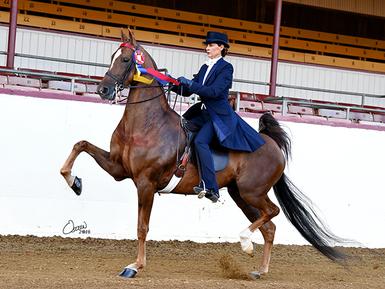 Fair Hills Farms is the home of Fair Hills Polo and Hunt Club as well as the Fair Hills Riding Club.  Situated high above the Malibu coastline and Topanga's deep valleys is the peaceful, pastoral gem, Fair Hills Farms. Easily accessible from all areas of Los Angeles and so close to the urban scene (15 minutes to the Valley and 20 minutes to Santa Monica), yet miles away in mood and atmosphere.

As you drive up the tree-lined driveway you shed the worries of school and business.  After a few hours of satisfying equine activities, you will return to your everyday life rejuvenated.

Newcomers are amazed at the extent of equestrian amenities and services available at reasonable costs.  A "down home" atmosphere prevails at the Clubhouse area.  A few steps up the hill is the sparkling swimming pool, and the polo training cage complete with "Woody", the wooden horse.